Some toughts on SDN/NFV, SDNv2

I went on a networking conference that was not really for networking but for “networking”. One of the speakers stated that we have to share something after the lecture. Well I am dealing with ip & telecom networking for more than 15 years :( and with software for at least from 10 and I am really confused about those couple of acronyms. 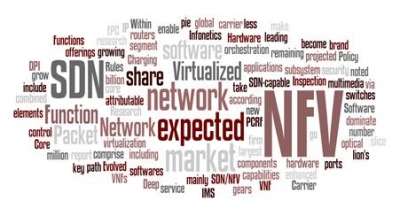 SDN has come and now everybody is crazy about it. Vendors dream, service providers participate, everything is API driven, if you wish even based on microservices and as thus virtual as possible.  Controllers are clever and switches are dump and everything is coming up roses..

However how many of you that will read that post has really used either SDN or NFV in building a carrier grade network or service  offering? How many have deal with ephemeral routes and rules. Prove me wrong but actually … most likely not that many…

NFV is a ton of specs and a few real lines of code …. For example check http://opnfv.org/ and its projects codebase :) Besides that network operators offer shared virtualized network services for a ton of ages and with some more talent those could be exposed over an API through “something” typically an OSS fulfillment platform.

Don’t get me wrong.  SDN/NFV acronyms that are here to change the mindset of the networking community and they already did so.

In my opinion in the end SDN/NFV will be yet another NGN/IMS in the never ending process of the network evolution and who atm still remembers the NGN or IMS ….

I doubt that many of the current standards will stay, what will stay is some of the concepts and hopefully some of the open source projects related to SDN/NFV networking.

Again maybe not that many people :)

This entry was posted in Network Architecture Evolution and tagged NFV, SDN, SDNv2. Bookmark the permalink.

2 Responses to Some toughts on SDN/NFV, SDNv2